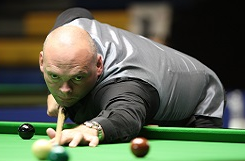 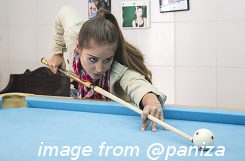 Positional play on the table

Novice players to snooker and pool take great delight in potting the balls in their practice sessions and during games concentrating on this aspect of the game more than anything. Once mastered you are then ready to concentrate more on other aspects of the game such as positional play.

Why is position so important during gameplay?

What this allows you to do is to leave the cue ball after a shot in such a position that you are in the perfect place for your next shot during the session. Also if you are not attempting a shot where a pot is played it allows you to position the cue ball on the table where you can snooker your opponent or even just make life difficult for them when they approach the table to play their shot.

positional play for billiards and snooker

As with all aspects of the game, practice makes perfect and over time you will have a much better control of the cue ball judging the correct speed and the amount of spin to play with each shot.

Good position play involves seeing the shot you wish to play when you approach the table and visualising where the cue ball will finish on the table. This is an important part of this play and making decisions as to the correct shot will come naturally to you over time. Understanding how the cue ball reacts with the shots you play is important to, this can range from simple cuts on the object ball and how the spin applied affects the path of the cue ball.

Initially your practice shots should involve straight cueing action on the ball and observing how different shots affect the cue ball and it’s final resting position. Try different cuts on the object ball and using the cushions to see how this affects the final path, speed of the shot should also be adjusted trying different speeds to see the effects.

After a while of playing straight shots start to add some spin in your practice session, you will also need to practice how much of the tip is applied to the cue ball to play the most efficient shot. Start by playing simple shots with topspin, i.e. strike the cue ball above centre and see the effect. Use half tip and full tip strokes in the shots to see which work best for the final position that you wish to achieve.

There are several useful practice shots you can use to improve your ability to control the speed of your shots and the amount of spin to apply for the best results. Practice playing of the cushions with or without object balls on the table to see how the speed affects your shots. It is always best to start with slow shots and gradually increase the speed as the session progresses. Add more object balls to the table to increase the difficulty of your shots increasing the difficulty also of landing the cue ball into the correct position. Place object balls around the table and practice potting them in turn to see if your cue ball is in the correct position for the next shot, if not play your shots with different speed or spin and eventually the sequence of potting will become easier.

Two shots that do require practice to perfect are stun shots and draw shots. Stun shots as the name suggests means that the cue ball stops dead after striking the object ball, a very handy shot to master during gameplay.

Draw shots basically mean applying enough backspin to reverse the cue ball after striking the object ball so that the cue ball comes back towards you.

These shots will need to be played softly until you obtain the confidence to strike the ball with more speed, do not forget that the higher the speed the more effect the spin has on the cue ball so the position of the tip on the cue ball will also need to be adjusted.

After several practice sessions positional play will become second nature and become a major part of your game. Once mastered you can position and also achieve a high potting rate making you a much better player.